Loveland: One Town Away from a Fitzgerald Train Wreck

Today, July 11th, Mark Fitzgerald will ask City Council to pass an ordinance that would give our city manager, Dave Kennedy, the authority to spend as much as $50,000 without the need for City Council oversight or approval. This request follows Fitzgerald’s historical theatrics at the 6/27 meeting with fellow performers Angie Settell, Pam Gross, and Steve Zamagias. That night, he exclaimed, 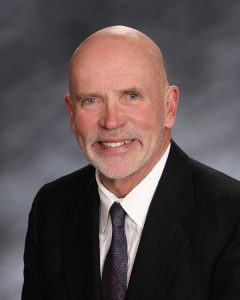 “Loveland is on the precipice of great things. If we do not continue to move forward, our window of opportunity will close. The momentum created, coupled with the city’s economic growth, financial stability, and quality of life will be squandered. The city will begin to move backwards, and it could take decades to recover. If you really care about this city, then stop tearing it apart.”
(“Mayor’s Kumbaya Moment“)

Is he confused? From what I can see, Loveland is one town away from a train wreck, and Mark Fitzgerald is the engineer. But wait, let me explain.

The city has not engaged with residents on comprehensive planning in eight years, but according to Mark Fitzgerald, greatness belongs to all of us, and he is the man to deliver it (think four-story city hall project and 370 planned residential units this year). Mark Fitgerald asserts that we should give the city manager even more money to carry out his Loveland agenda because he and his majority know what’s best for us so well that they don’t need to ask permission. And they don’t need to listen when we bring up concerns about traffic, high water bills, or a declining quality of life in the city. He knows best, right? But let’s take a step back from Fitzgerald’s psychotic narcissism to reality:

Reality #1: Mark Fitzgerald is a Mayor Facing Recall by Residents

Let’s remember that Mark Fitzgerald, mayor-under-recall, failed to disclose his prior employment at North College Hill when he ran for reelection in 2015. Remember the open civil suits containing fraud allegations by two whistle blowers while he was campaigning? Did he make a public disclosure of these allegations? Of course not. He denied your right to know. In fact, even this year, Fitzgerald tried to hide from public knowledge that these allegations of fraud even existed. Like these statements made regarding Loveland resident Neal Oury here,

It took Council Member Ted Phelps to correct this blatant lie by Mark Fitzgerald (Go, Ted!), an unfortunate event for Mark Fitzgerald.  We can almost feel a train wreck coming:

Okay, so Mark Fitzgerald is a liar (see “Recall.”) Why should residents care if he gives $50,000 to the city manager to pay Rob Stansel? I suppose that depends upon how much you value $50,000.

Reality #2: Loveland is One Town Away from a Fitzgerald Train Wreck.

If the fraud allegations from settled civil suits aren’t enough to make you pause, take a look at Ohio state audits of North College Hill financials during Fitzgerald’s tenure as their city administrator.

In May of this year, Dave Yost, Auditor of State, released “City of North College Hill, Hamilton County, Regular Audit: For the Year Ended December 31st, 2014.” The findings are clear: Mark Fitzgerald left behind a financial train wreck for North College Hill (See “Finding 2014-403, “Material Weakness” pages 34-37). Take a moment to consider the following mess for yourself. 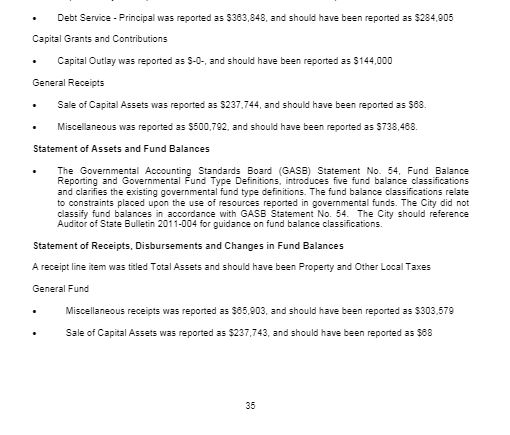 Note the “Officials’ Response” to the Material Weakness above. The City responded that “The City’s financials have been corrected and procedures have been implemented as an attempt to prevent financial reporting inaccuracies moving forward” but when? Clearly Fitzgerald was not part of that solution. For example, take a look at column 3 here, to see whether material weaknesses from 2013 were corrected:

Was North College Hill also on the “precipice of greatness?”

Consider this: Mark Fitzgerald was city administrator of North College Hill until December 31, 2015. He left without leaving an official resignation letter, which is noted by these North College Hill City Council meeting minutes from January 4, 2016. So not only did he leave behind a train wreck, he didn’t even say goodbye.

Will Loveland be next?

Loveland, we deserve so much better than Mark Fitzgerald and his majority (Settell, Gross, and Zamagias)! And the less they have to do with managing Loveland city money, the better. That includes pressuring David Kennedy to pay more money for an economic development consultant to do questionable deals without resident sanction. In fact, this ordinance wreaks of Fitzgerald failure, not any recipe for greatness.

(For these reasons, and more, residents are petitioning to put Mark Fitzgerald on the ballot two years early. Have you signed the petition to put him on the ballot? Text your legal name and county to 513-443-2785 for a prompt response).

Thanks are owed to Todd Osborne and various people at North College Hill for forwarding this audit to my attention.

Loveland, are you ready to boot Mark Fitzgerald and for residents to take a seat at the planning table? Take a stake in the future of our hometown by becoming a stakeholder of LCHPAC. Contributions are not tax deductible for filing purposes.